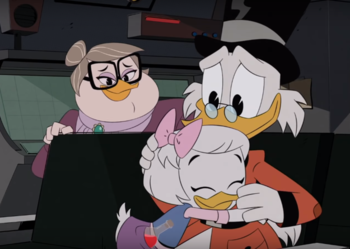 WARNING: Per wiki policy, Spoilers Off applies to Heartwarming Moments pages. All spoilers are unmarked.