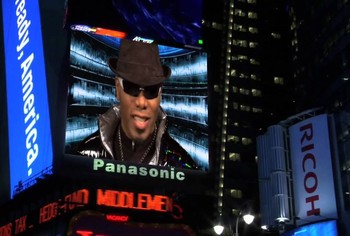 Don't Copy That 2 is the 2009 sequel to the advertisement called Don't Copy That Floppy. This time, it's about Jason, a freshman who copies films, games and apps and sells them for money, and Disk Protector (now renamed Digital Protector) sings about how the consequences that'll happen directly to the pirate.

This advertisement provides examples of: