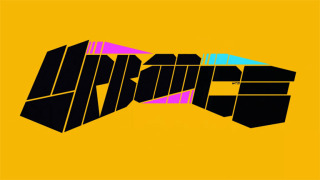 Let the battle begin!
Urbance is a currently-in-production TV project produced by Canadian-American animation company Steambot Studios, which has worked in the past designing major productions with Disney, Sony, and Universal Studios. It was created and will be written and directed by Joel Dos Reis Viegas.

Set in a big city, a genetic disease causes all sexual, and by extension romantic, relationships to be banned. Boys and girls are separated into different sections of the city, kept apart by blue-skinned, androgynous giants known as Mediators. Growing up hating each other, the two genders form rival gangs. However, things heat up when Lesya (of the gang The Deadly Eves) and Kenzell (The Neo Blasterz) end up falling in forbidden love.

Already gaining attention for the way its flashy, colorful urban setting and the trailer's high quality animation, Urbance has a 3-minute pilot released to the general public on the Steambot website

for the official website that contains character and backstory information.

has been open for donations since September 23rd and is ending November 6th.