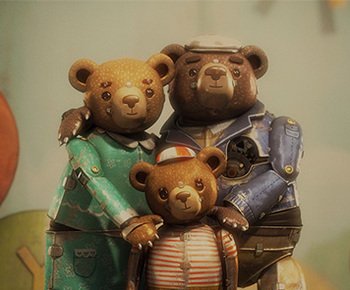 A bear lives alone in a melancholy little apartment. Pictures and scattered knick-knacks make it clear that the bear once lived with a wife and son but the bear's family is no longer present. The bear is making a living by carving an intricate clockwork puppet diorama, which he displays on street corners. A child pays to watch his puppet show, which shows the tragic story of how the bear was separated from his family.

This short film is notorious for winning the Academy Award for Best Animated Short Film, the first Latin American animated work to win an Oscar and the first Academy Award period for Chile.