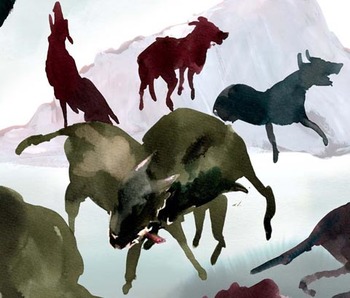 The setting is Constantinople, 1910. The capital of the Ottoman Empire has become overrun with stray dogs, with some 60,000 roaming the streets. The film focuses on one single dog, a female, who births a litter of puppies in the street. Meanwhile, the government deliberates what to do. An expert arrives in town and suggests that the city's dogs be rounded up and sent to a rendering plant where they will be gassed and then rendered for skin and fats and fur. The government passes on this, and, for reasons that aren't clear, adopts a different and far crueler solution.