Webcomic / Joy To The World 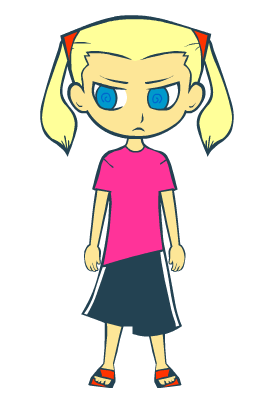 Joy To The World

is a webcomic created/written/drawn by Johnathan Wrathborne. It's a 4 panel series about the daily adventures of an angry 11 year old hell raiser named Joy Fulbright. A reboot was made but for whatever reason was appeared to have been discontinued.

Its an abstract comedy, thats part slice-of-life, about a girl with a big personality, a little lonely, trying to find her place in life as well as fending off boredom. Joy is a tomboy who doesn't conform to life's rules really, from terrorizing her divorced mother, teacher, or other students, she struggles to comprehend societies rules as well as stigmas.

With her friend Kimmy the artist, Neil the quiet thinker, she bounces off life's walls.