Webcomic / It Would Be Great if You Didn't Exist 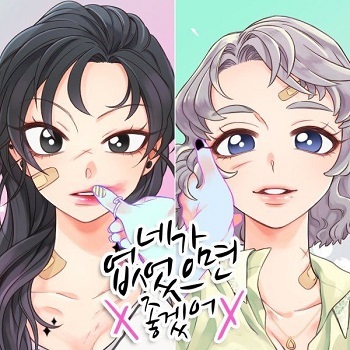 Why did she meet her ideal girl in the worst situation?

After catching her boyfriend with another woman, Han Guk-hwa promptly breaks up with him and expects to never see him again. What she didn't expect was to keep thinking about the woman who was with her ex and develop a begrudging crush on her.

Jang Mi, the crush in question, also didn't expect to see such a beautiful girl approach her and finds herself thinking that she could do so much better than the scumbag Guk-hwa was dating.

After accidentally meeting again, the two find themselves falling for each other as they explore a new relationship together, while also dealing with issues from their pasts and former relationships...and each other's fiery tempers.

Licensed in English by Tapas under the title ''Wish You Were Gone.''