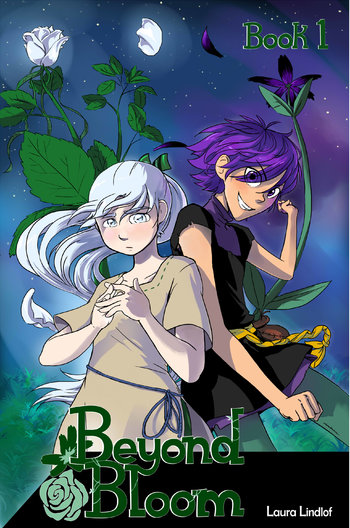 is a fantasy Web Comic/Graphic Novel that is heavily influenced by Manga. It's mostly lighthearted and contains elements of action, comedy, romance and drama.

Two humanoid flowers, Sikue and Tatsuma, wander aimlessly in their rural homeland, Jaddo, until one day after they had "accidentally" broken into someone's home. The chain of events that follow lead to new friendships and new mysteries.