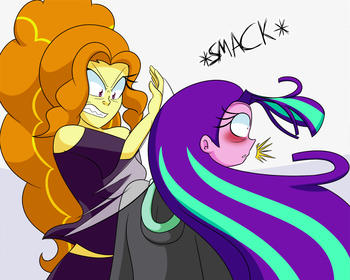 "So like, this is my blog or whatever. Figured I might as well keep an archive of some kind of what me and my sisters get up to. I suppose I can also answer questions, if anyone cares."