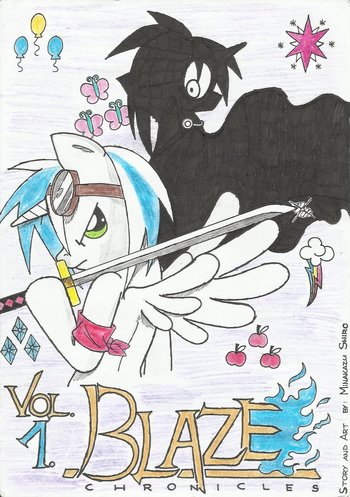 Blaze Chronicles is a My Little Pony: Friendship Is Magic webcomic written and drawn by ShiroMinakazu

. The story starts with the Mane 6 fighting a giant monster when a mysterious stranger shows up and easily defeats the monster, despite his injuries. The story spans two volumes before going into hiatus.

The story can be read here:

This webcomic contains tropes such as: