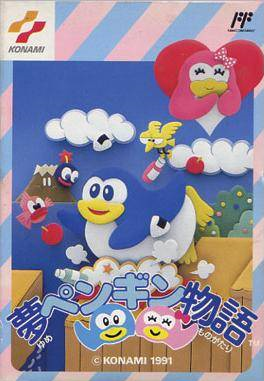 Yume Penguin Monogatari is a game developed by Konami in which the player controls a penguin named Penta who gets dumped by his girlfriend Penko for another penguin named Ginji because Penta is obese. It was first released for the Famicom in 1991.