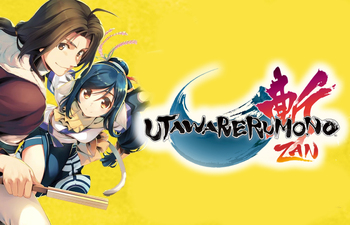 Utawarerumono: ZAN is a Hack and Slash action game by Aquaplus and Tamsoft released on September 27th 2018 in Japan. Based on Utawarerumono: Mask of Deception, this game replaces most of the Visual Novel and Tactical RPG aspects for gameplay similar to Dynasty Warriors and/or Senran Kagura (with the Fanservice mostly expunged).