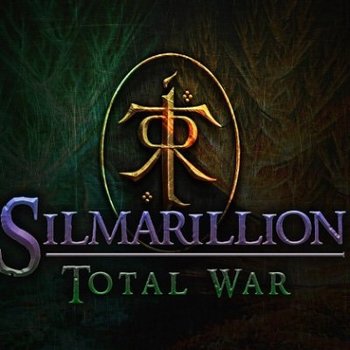 "The shadow of my purpose lies upon Arda, and all that is in it bends slowly and surely to my will..."
"“Last of all Hurin stood alone. Then he cast aside his shield, and wielded an axe two-handed; and it is sung that the axe smoked in the black blood of the troll-guard of Gothmog until it withered, and each time that he slew Hurin cried: 'Aure entuluva! Day shall come again!' Seventy times he uttered that cry; but they took him at last alive...”
Advertisement:

Silmarillion: Total War is a extensive total conversion mod for Medieval II: Total War: Kingdoms set in the First Age of J. R. R. Tolkien's Middle-earth, specifically the 600-year war between the Free Peoples of Beleriand and the dark hordes of Morgoth detailed in the Quenta Silmarillion. Although there are two extensive single-player campaigns in productionnote one covering the aforementioned conflict between Morgoth and the inhabitants of Beleriand, and the other covering the War of Wrath between Morgoth and the Host of the Valar, the mod is primarily multiplayer-focused as of the current "War of Wrath" patch (though it does include a collection of scenario battles that can be played solo).

, and more information can also be found on the YouTube page of Jmonster

, one of the mod's main developers.