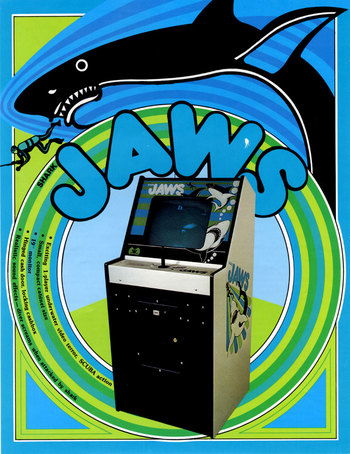 Not affiliated with Universal.
Shark Jaws is a 1975 Atari Arcade Game, created to cash in on the success of the movie Jaws. Atari couldn't get a license from Universal, so they created a subsidiary, Horror Games, to protect them from a lawsuit (which never happened).

You control a diver, who chases after a fish, while avoiding a shark. Every time you catch the fish, you score a point. If you touch the shark, you die, but you have infinite lives. The game ends when time runs out.