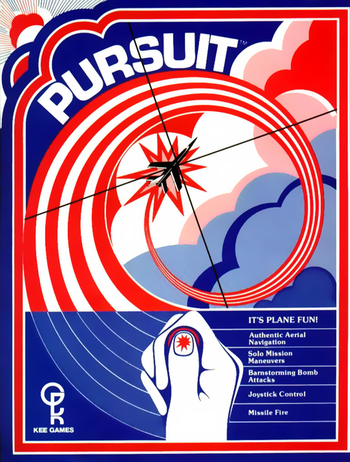 Pursuit is a World War I biplane First-Person Shooter Arcade Game, released by Atari in 1975. Enemy planes fly around the screen, and you use an analog joystick to line them up in your crosshairs.

Not to be confused with thew 1972 movie, Pursuit.