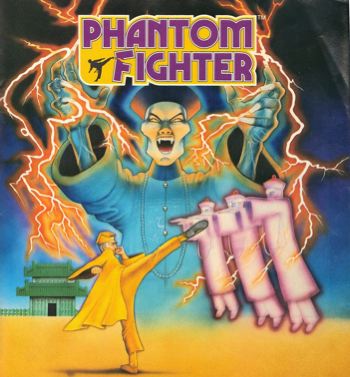 Phantom Fighter​ (霊幻道士, Reigen Dōshi?) is a video game released for the Nintendo Entertainment System in 1989 in Japan, and in April 1990 in the United States. The Japanese version is based on Mr. Vampire (Reigen Dōshi being the Japanese title of the film). As a fighting monk, the player must fight through eight towns filled with Kyonshi aka Chinese Vampire(each with a unique town boss). A small selection of items, and a large selection of fighting moves could be used on the enemy.