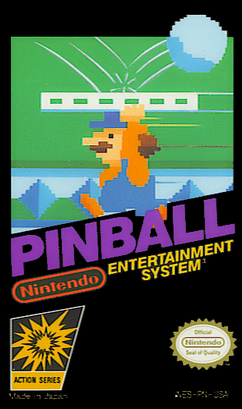 Pinball is a simplistic, one board pinball game. It features normal pinball gameplay and a secret bonus level. The bonus level is a Breakout-style game featuring Mario and Pauline from Donkey Kong.

Pinball has been re-released for the Famicom's Family Computer Disk System, Game Boy Advance's e-reader Card, and both the Wii's and Wii U's Virtual Consoles. It is also one of the NES games available in the first Animal Crossing title.