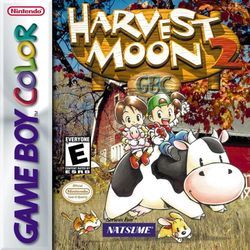 Harvest Moon 2 starts with the mayor of a village, who determines that, to stay alive, they must use the old abandoned farmland outside of town and turn it into an amusement park. However, someone (that's you) volunteers to take over the farm. He is given 3 years to accomplish it, or the farm will be turned into a theme park.