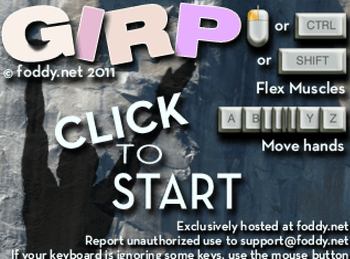 GIRP is a Flash-based Sports Game by foddy based on climbing a tall rock structure that is sinking into the ocean. The protagonist, an un-named red-headed climber, must fight against a white bird as he reaches for a mysterious prize at the top. It can be played for free here