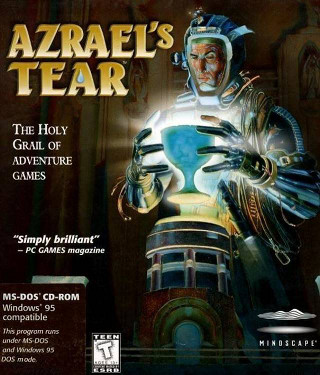 An early 3D Adventure Game with elements of action from Intelligent Games and published by Mindscape. The protagonist is a sort of high-tech professional tomb robber called a Raptor who gets a letter from one of his rivals one day, saying that he thinks he's located the Holy Grail in northeast Scotland, but may have gotten in too deep. The letter was to be delivered in the event of his disappearance, so something must have gone wrong.

There's also a vague backstory of the world undergoing various upheavals, like massive earthquakes unearthing ancient ruins, and a terrible plague. Against this background, the protagonist sets off to investigate (and possibly attempt to acquire the Grail for himself while he's there), entering the Temple of Aeternis early in December 2012.

Despite having an intriguing and well-written story with an ending that makes you seriously think, it was a commercial failure (no doubt being released alongside the wildly popular Quake did not help one bit) and is not too well known today.