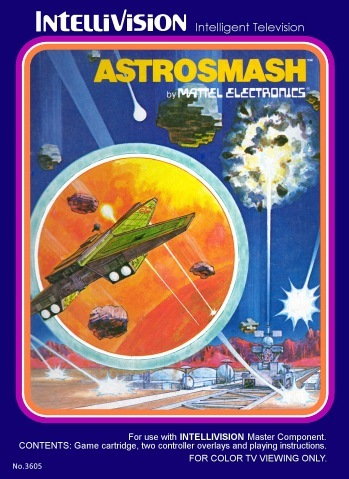 Astrosmash is an Intellivision game published by Mattel Electronics, which was also ported to the Atari 2600 as Astroblast.
Advertisement:

In this game, you control a laser gun that fires at a constant barrage of falling meteors, trying to destroy as many as possible without being destroyed by them. Along with meteors, there are also spinners which cause you to lose a gun whenever one lands, guided missiles which home in on your position, and UFOs that fire shots at you in the later levels.