Presenting Benin. Not to be confused with Benin City. Or the Bight of Benin. Or the Benin River. Or the Bini people. Oh forget it, yay Benin!
Benin (French: Bénin), officially known as the Republic of Benin (French: République du Bénin), also formerly known as Dahomey and once part of the infamous Slave Coast, what is now the Republic of Benin was once the mighty Kingdom of Dahomey, a kingdom mostly known for its Amazon Brigade (that and the fact that they were nicknamed “the black Sparta” should tell you all you need to know about its sheer awesomeness). They resisted successfully attempts to conquer them until 1892, when France managed to conquer the kingdom during the Second Franco-Dahomean War, turning it into a colony named French Dahomey.
Advertisement:

In 1960, the country gained independence and managed to keep a democratic government for at least 12 years. However, in 1972, a coup d’etat saw the rise of a (supposedly) Marxist-Leninist government. They also changed the name of the country to a name (supposedly) more neutral, the People’s Republic of Benin; the new name was taken from the Bight of Benin which, incidentally, was taken from the Benin Empire (which wasn’t in modern Benin but rather in modern Nigeria).

The communist government eventually had an economic collapse and in 1991 the country had elections once again. Nowadays it’s considered an example of democracy in Africa, but it must be stressed that it hasn’t had much time to show it off.

Sadly, as a matter of contrast, the literacy rate is one of the lowest in the world (less than 35%). Also, a lot of people live under the poverty line.

It’s also known for the Vodun, the official religion of the country (even though a great part of the population has adapted Christianity as well), from where it migrated to other parts of Africa and the Americas where it eventually transformed into Voudou, or Voodoo if you prefer.

Actor Djimon Hounsou and singer Angélique Kidjo were born here. And yes, it's the same Benin from Gabriel Knight Sins of the Fathers. 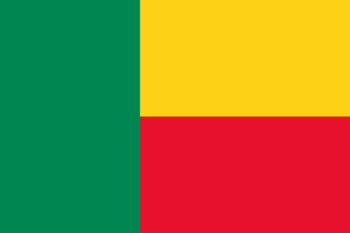 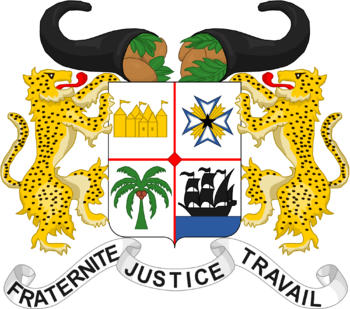