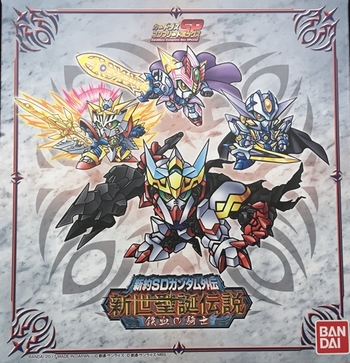 A few years after the final battle between Gaitoshin Wing and Baroqugun, the D-Dolls reactivate after the moon becomes red and attack the Kingdom of Lacroa. Divine Knight Wing, currently half of the Guardian God Sunborn, and Selenis Knight Neo Gundam, pilot of Elgaia, arrive to combat against them and protect Saddrac. And then a strange knight, named Knight Gundam Barbatos, appears and attacks Neo Gundam, saying he must "die for his sins".

Its characters are based off of Mobile Suit Gundam: Iron-Blooded Orphans.