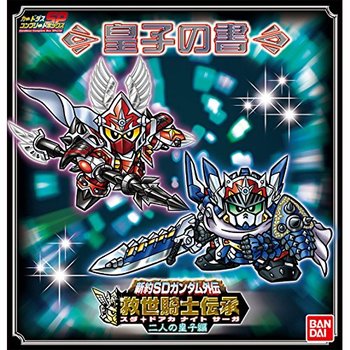 After the creation of the new Saddrac World, the kingdom of Britis was at peace until one day, when an incident happened relating to the relief on the inherited King Shield. The contracts with the phantom beasts that protected the kingdom had expired, so King Gundam III sent his two sons, Crown Blue Knight Gundam and Crown Knight Red Gundam, to renew them, with the older prince, Blue, being sent to the Heliopolis Plain and while the younger prince, Red, went to the sea of Orb. Both must go through the many trials of the phantom beasts, although along the way they must deal with Black Knight Banshee, a mysterious knight...