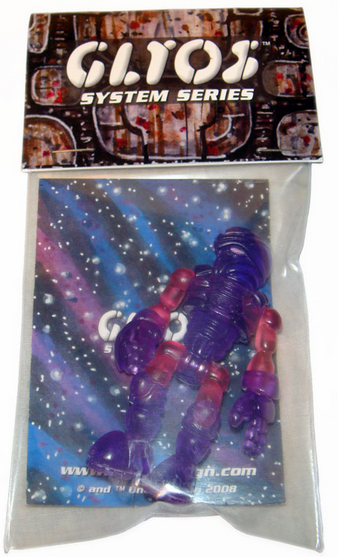 Glyos, more broadly referred to as the Glyos System, is a indie toy line/joint system produced by Onell Design. It was created by Matt and Michelle Doughty, and is sold on their website, http://www.onelldesign.com/

The lineup uses a simple peg-and-socket system known as the "Fit Function" that allows them to be rearranged in nearly limitless ways. This system is used in various other compatible lines, the companies producing them being known to fans as "Sister Companies".

The line's story takes place in the fictional "Glyos System", a galaxy at the edge of space. New planets and rifts are constantly being discovered here. It is home to many alien species, some native, and others who have settled on various planets. The story is told primarily told through comics and an 8 Bit Style series of flash games and videos known collectively as "passcode".