Warning: Per wiki policy, Tear Jerker pages are Spoilers Off. 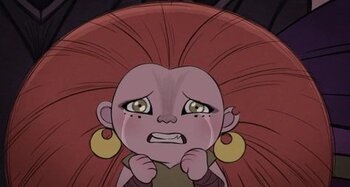