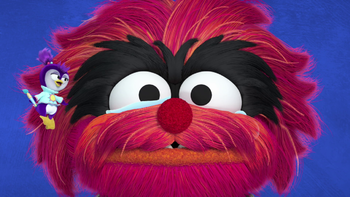 "So let a tear or two fall... Remember that your biggest angry feelings never last that long..."
Advertisement:

Even a pair of toddlers using their imagination in their nursery can have some pretty sad moments.