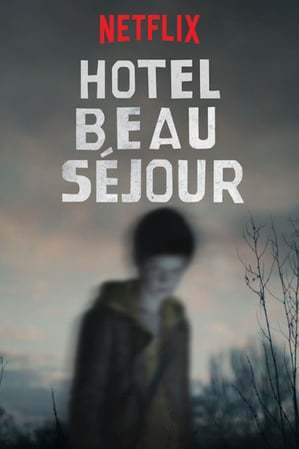 Hotel Beau Séjour (or simply Beau Séjour) is a Dutch-language Belgian supernatural crime drama, created by Bert Van Dael, Sanne Nuyens and Benjamin Sprengers, and directed by Nathalie Basteyns and Kaat Beels. It first aired in Europe in early 2017 and Netflix in March 2017.

In a village near the Belgian-Dutch border, teenager Kato Hoeven wakes up covered in blood in the Hotel Beau Séjour and finds a body in the bathtub - her own. Stumbling out of Room 108, she eventually finds her way home only to discover that no one can see or hear her except for a select few: her father Luc, her step-sister Sofia, her friend Ines, Police Chief Alexander Vinken, and the Chief's son Charlie.

A second season was confirmed in November 2017 featuring a new story and cast with the hope of creating an Anthology series.

Despite the name and subject matter of the series, this is not an example of the Hell Hotel trope.