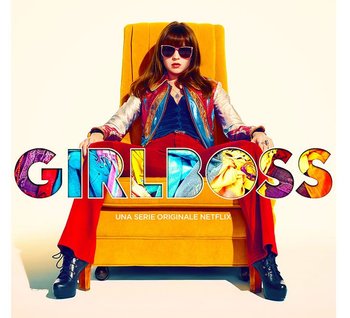 Girlboss is a Netflix comedy series created by Kay Cannon and starring Britt Robertson. It is loosely based on the best-selling memoir #Girlboss by Sophia Amoruso. Set in San Francisco in 2006, the show follows aimless rebel Sophia Marlowe (a fictionalized version of Amoruso), who finds purpose when she discovers her talent for selling vintage clothes online.

The series was released on April 21st 2017 and was cancelled after one season.