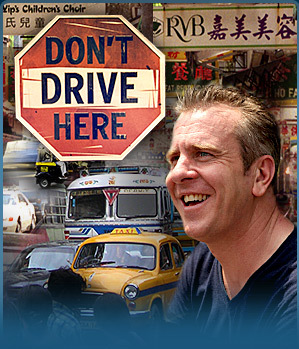 "I’m Andrew Younghusband. Is one week enough time to learn how to drive as well as a local in a city that has some of the most dangerous traffic? We’re about to find out."
—Show Introduction
Advertisement:

A spin-off of Canada's Worst Driver, where its host Andrew Younghusband spends a week in a foreign locale to learn the (often disorderly) nuances of being a driver there, and then attempts to perform a final test to see if he can do it "properly" (as assessed by a local citizen).

Six episodes have been produced, and at least five more have been green-lit as of November 2013.