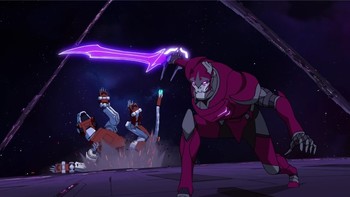 After Allura's Heroic Sacrifice in the previous episode, the Paladins and Coran decide to fly into the heart of the Galra empire to rescue her.