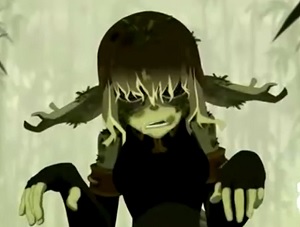 Come on, Grovy, give your girlfriend a kiss.