Nightmare Fuel / Nausicaä of the Valley of the Wind 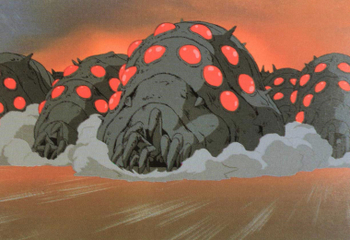 When Ohmu with Red Eyes, Take Warning start a Roaring Rampage of Revenge, watch out.