Awesome / Nausicaä of the Valley of the Wind 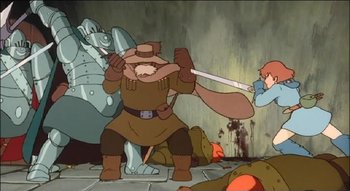