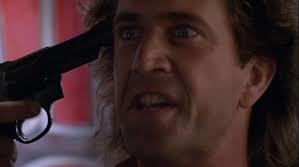 "Every day I wake up and think of a reason not to do it. Every single day."
Advertisement: