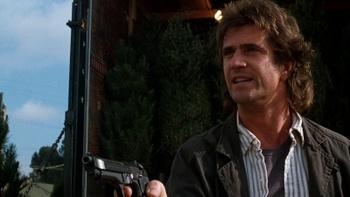 A reckless LAPD detective and widower with a death wish. 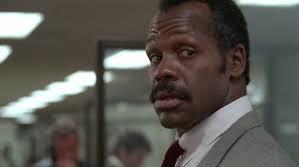 Riggs's older and more cautious partner, a family man with a wife and three kids.

"Come on, everyone cheats a little, look at the Pentagon!"

A former accountant and federal witness Riggs and Murtaugh are assigned to protect in 2, and eventually bond with. Becomes a real estate broker in 3 and a private detective in 4, and uses his numerous connections to help solve Riggs and Murtaugh's cases. 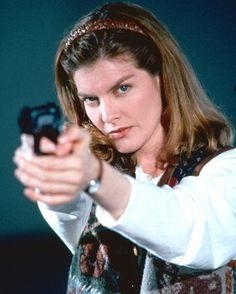 "Close is a lingerie shop without a front window."

Introduced in 3, an Internal Affairs detective who help Riggs and Murtaugh against Jack Travis.

A brash younger detective introduced in 4. Secretly married to Rianne and the father of her child. 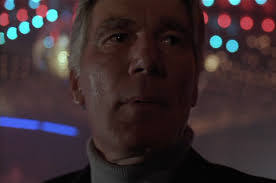 "There's no more heroes left in the world."

A Vietnam war veteran who was part of a special team that turned into heroin-smuggling mercenaries. 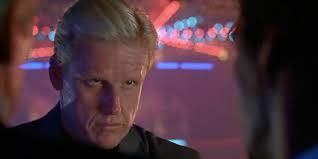 "That's hardly important but if it matters you may call me Mr. Joshua."

McAllister's Number Two, an insane soldier who carries out most of Shadow Company's dirty work.

An old war buddy of Murtaugh whose daughter dies under mysterious circumstances.

A prostitute hired by Shadow Company to poison Amanda. 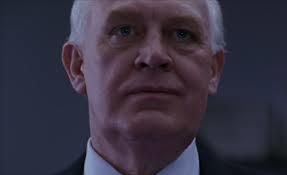 "I hope you realize the trouble you are in right now."

A South African diplomat who abuses his power and runs a profitable drug-smuggling ring. 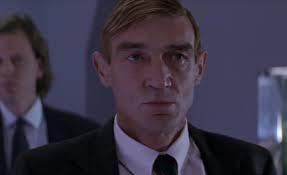 "It's my experience that a scared cop is more useful than a dead one."

An official of the South African consulate and love interest for Riggs.

The head of Internal Affairs. 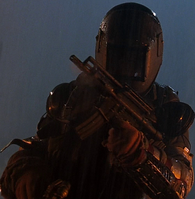 A heavily-armored individual who's out to burn and shoot up things while rocking out to Van Halen on his Walkman. He's the villain whom Riggs and Murtaugh have to take out at the start of the fourth film. 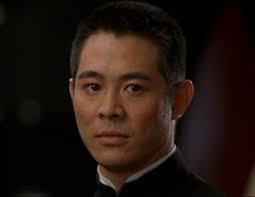