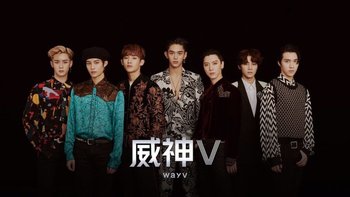 WayV (Chinese: 威神V; wēishénV) is a Chinese boy group created by SM Entertainment in 2019 and managed by the company's China-exclusive label, Label V. The group's original project name was NCT China and is the fourth official sub-unit and China-based unit of the South Korean boy group NCT, composed of seven NCT members of Chinese descent.

Despite the group being a sub-unit of NCT, it is not being promoted as a NCT group, which may stem from tense diplomatic relations between China and South Korea.