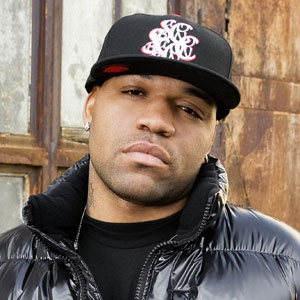 Torae L. Carr, better known by his first name, Torae is an acclaimed indie American rapper from Coney Island in Brooklyn, New York. He first gained "notability" for his colab LP Double Barrel with Marco Polo. Torae has been prolific so far, with numerous mixtapes and Albums. He leans more toward the lyrical side of hip hop with well composed polysyllabic rhymes spread out over multiple stanzas.

His debut album, Daily Conversation, received generally positive reviews and was hailed as a breath of fresh air. The best songs had understated melody that highlighted the lyrical wordsmith in his element. Torae followed this up with his more recognized colab album, Double Barrel, which was more of the same. In 2011, he released For the Record, which certainly was a critical darling. It featured louder, catchier songs without any real degradation of quality, and showed greater breath of sampling than previous albums.

Torae is easily one of the freshest new acts for The New '10s, with well written words and tight hooks that hearken back to hip hop's golden age. Compositionally, he is decidedly old school, but that works largely in his favor, as it allows his lyrical deftness and dexterity to shine. Of course, we could go on forever about how great he is, or you could just check him out!