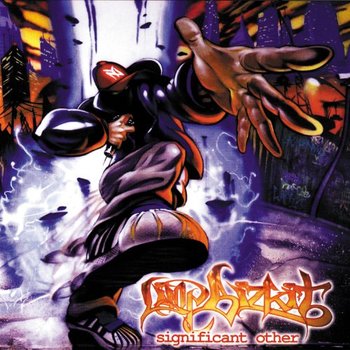 Significant Other is the second album by the American nu metal band Limp Bizkit, released on June 22, 1999 and serving as the band's breakthrough into the mainstream.

The album showed a lyrical evolution from their debut, downplaying the themes of angst and heartbreak and playing up more of a lighter, party-oriented atmosphere, combined with music that incorporated more influences from funk metal and hip-hop.

Not only did the band solidify the sound that would be most associated with the band through this album, it also introduced the production style that would carry over to their next album, with ambient interludes by DJ Lethal, extended hidden skits and bookending intro/outro tracks designed exclusively to Mind Screw the listeners. Not to mention the guest stars.

During the band's live performance at Woodstock 1999, violence erupted during the song "Break Stuff". Despite this, Significant Other received high commercial sales, and critical reception was also favorable, with many responding well to its unique sound and the band's performance, which was considered to be an improvement over the band's debut. The album has sold at least 16 million copies worldwide.