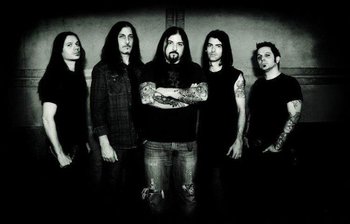 A Pale Horse Named Death is an American gothic metal band that was founded in 2010 by Sal Abruscato of Type O Negative and Life of Agony fame. Their music is commonly described as a mix of both Alice in Chains and Type O Negative.