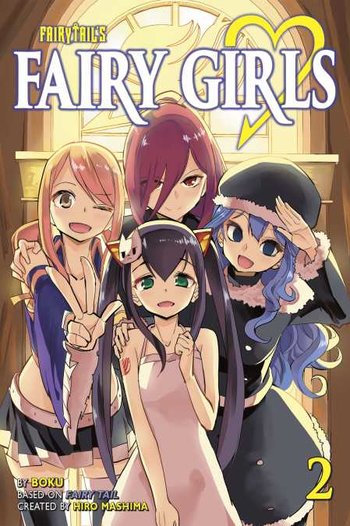 Fairy Girls (labeled in trades as Fairy Tail's Fairy Girls) is a spin-off manga from Fairy Tail drawn by a mangaka simply known as "BOKU".

The series (spanning 4 volumes) focuses on the female members of the Fairy Tail guild, specifically Lucy, Erza, Juvia and Wendy with occasional inclusions from Cana, Levy and Mirajane as they have their own separate misadventures.

Fairy Girls has the following tropes: