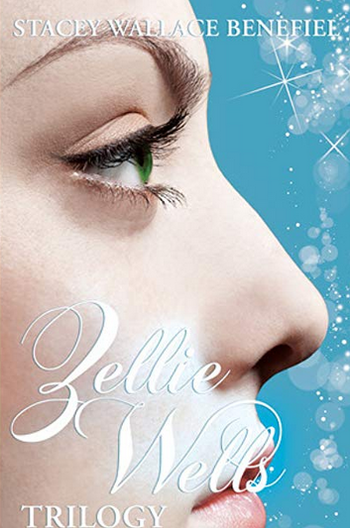 The Zellie Wells Trilogy is a Young Adult paranormal romance (without the vampires or werewolves) by Stacey Wallace Benefiel.

In Glimpse, Zellie, the pastor's daughter, has a humongous crush on Avery, the son of her mother's high school sweetheart. At her sixteenth birthday, Zellie has her first vision: of an older Avery covered in blood, and her pregnant.

Zellie keeps her new-found powers a secret, although her and Avery's parents are quick to keep them apart. There's a reason though: her mother, Grace, has vision too, and this led to death in the past. However, when Avery's estranged mother goes to kill Avery's father, things become complicated.