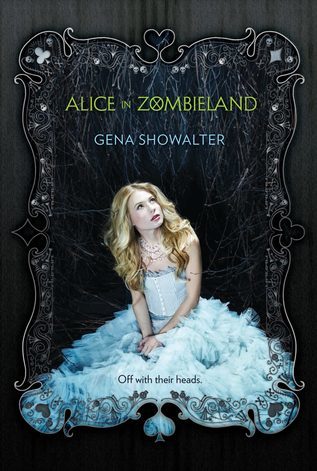 The White Rabbit Chronicles is a series of YA books by Gena Showalter.
Advertisement:

Alice Bell grew up believing that her father was crazy for telling stories of soul-sucking monsters that only he can see. But when her father, mother and younger sister die in a car crash on her sixteenth birthday, she learns that he was not crazy, and these monsters are real. To avenge her family, Alice will kill every one of these zombies.