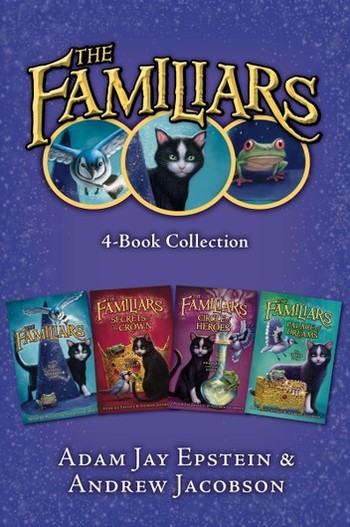 The Familiars is a series of children's fantasy books written by Adam Jay Epstein and Andrew Jacobson. The Familiars is also the title of the first book in the series, featuring familiars, magical animal companions to a wizard or witch, particularly three familiars: Aldwyn a cat, Skylar a blue jay, and Gilbert a tree frog. The series consists of four books, published between 2010 and 2013: