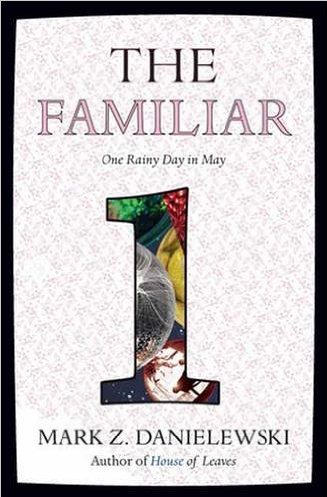 The Familiar is a book series written by New Weird author Mark Z. Danielewski, best known as the author of House of Leaves and Only Revolutions. Much like those books, the series is an exploration of post-modernist themes through the usage of the author's trademark Unconventional Formatting and unique writing style. Being a blend of science fiction, horror, conspiracy thriller, crime/detective, and cyber punk, it is quite the Genre Buster.

Danielewski has likened this book project to serialized television, and originally the series was planned to consist of 27 novels. However, Danielewski announced

in February 2018 (after 5 Volumes/1 Series had been published) that the series will be "paused" for now. As such it is uncertain if the envisioned Volumes 6-27 will be published.

The "series" is split into "seasons" of about 5 books, with Volume 5 the "first season finale".

Volume 1: One Rainy Day in May provides examples of:

Volume 2: Into the Forest provides examples of: