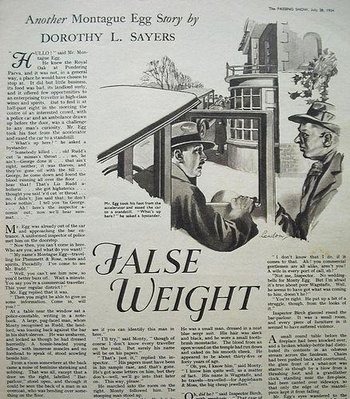 Montague Egg features in a series of short stories by Dorothy L. Sayers, better known for her Lord Peter Wimsey stories. Egg is a traveling salesman for Plummett & Rose Wines and Spirits, and usually has a couplet from his Salesman's Handbook to cover the situation. He is often embroiled in murder cases.