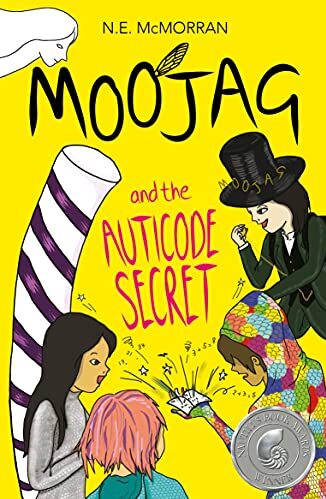 Moojag and the Auticode Secret is a middle grade science fiction novel by N.E. McMorran, with illustrations by Chiaka Kamikawa.
Advertisement:

In 2054, Nema and her friends Adam and Izzy are Real Worlders who live on the Earth's surface. One day a strange man named Moojag leaves the three with a series of riddles and an invitation to a place called Gajoomdom. When they follow the riddles, they find themselves in a strange underground land.