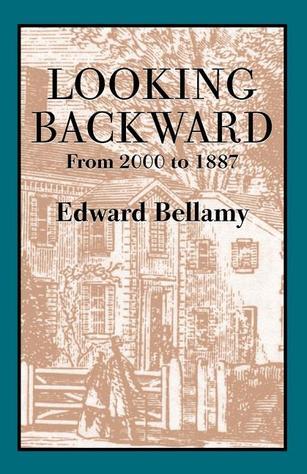 Written by Edward Bellamy in 1888, Looking Backward: 2000-1887 was one of the first real Utopia novels in America. The author's brother Francis Bellamy wrote the Pledge of Allegiance. He also had the same political views.
Advertisement:

The novel is about Julian West, a Fish out of Temporal Water, who falls asleep in the year 1887 and wakes up in the year 2000, having slept for 113 years, three months and 11 days (a palindrome, 113311). When he awakes, he finds his country has undergone a bloodless socialist revolution. He proceeds to get lectured on how everything works for a majority of the book by the condescending Dr. Leete, who apparently doesn't do anything else. These lectures comprise entire chapters and discuss things like education, jobs, shopping and such in the year 2000, and how obviously better this utopia is than backward 1887.

Whether it is actually a novel is debatable, as the elements that typically make up a story are underrepresented (aside from pure chapters of exposition). With no real conflict, Looking Backward actually comes off more as a socialist treatise with plot tacked on in order to make it sell more copies.