Literature / A Long Time Until Now 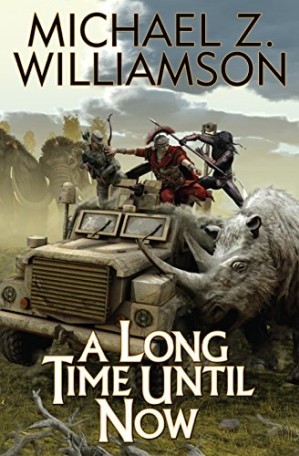 A 2015 Time Travel novel by Michael Z. Williamson. It was billed as the first installment of the "Temporal Displacement Series".

An American squad deployed in Afghanistan is unexpectedly transported into the Stone Age. The ten soldiers now have to somehow survive in this past era, having nothing but two armored cars and the gear inside. To complicate matters, other groups from across time have also been transported here, including a Neolithic tribe, a Roman legion and two men from the future, and not all of them are friendly... Can the Americans survive? Will they ever get back to their time?

To a large degree, the novel is written as a robinsonade; a lot of space is devoted to lovingly detailed descriptions of how the characters manage to survive and settle down in the Stone Age era. As a result, the plot itself moves at a rather relaxed pace.

The novels contains the following tropes: