Literature / Hothouse Flower and the 9 Plants of Desire 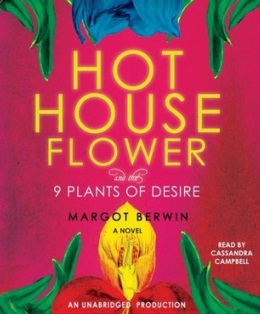 Hothouse Flower and the 9 Plants of Desire is a 2009 escapist novel by Margot Berwin. It follows Lila Nova, a divorcée with a job in advertising who stumbles upon a laundromat that contains nine plants rumored to have magical properties. Armand, the laundromat’s owner, gives Lila a fire fern cutting and tells her that if it roots, he will show her said plants. She misplaces her trust in a plant vendor, resulting in Lila accompanying Armand on a trip to the Yucatan peninsula to gather specimens of the stolen plants. While there, she falls in love with the enigmatic and spiritual Diego, who helps her on her quest.

Hothouse Flower and the 9 Plants of Desire contains examples of: